Chuzenji Onsen is a cute little town in the mountains near Nikko. And it seems to be a very popular destination for school trips. I took the 45 minute bus ride to get there in the morning of my second day in Nikko.

When I arrived I came across these colourful souvenir shops. 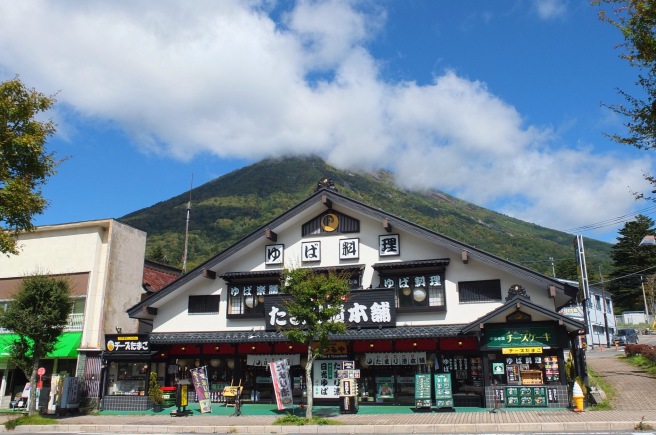 The big ticket attraction is the waterfall. It’s ok, nothing to write home about.

But what made it really interesting were several groups of Japanese school kids. They wore matching caps for easier recognition and each group had their own professional photographer! I had seen this in Nikko as well. And from my observations, the official school photographer needs to have two large DSLR cameras with big lenses to emphasise his credibility. 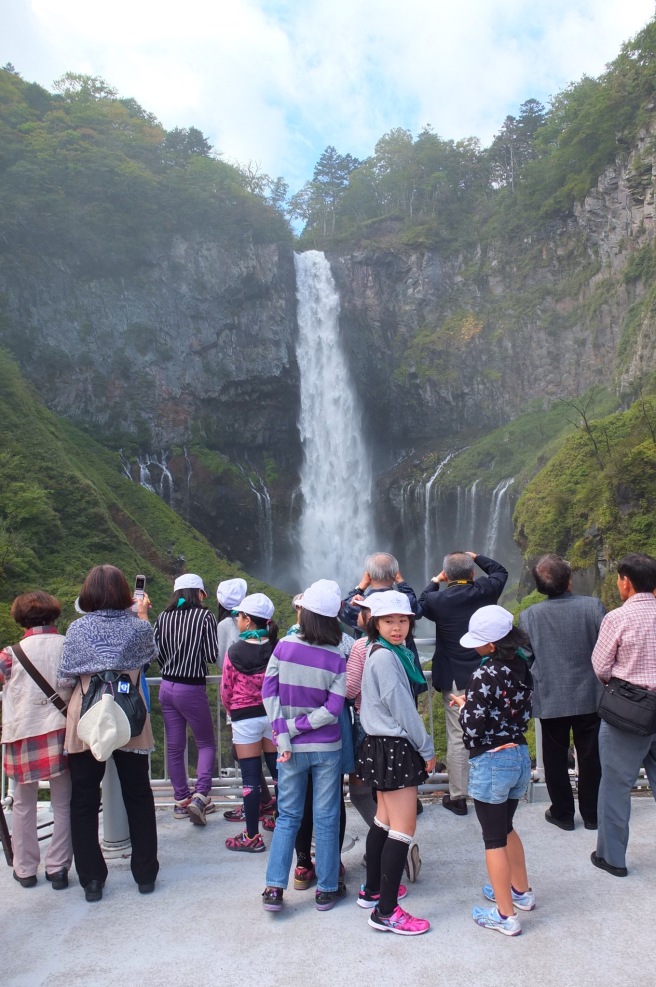 Spot the photographer with two cameras and a rucksack full of lenses (or sandwiches maybe?). 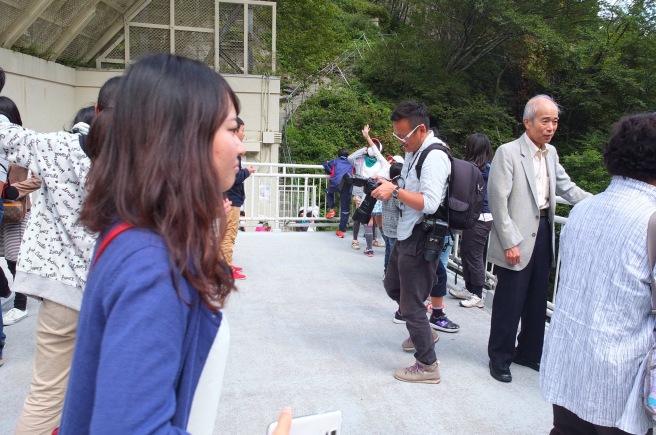 After seeing the waterfall and chatting with a really nice American photographer who lives in England, I had a snack and headed over to the lake.

Ah, so beautiful!! I did a sightseeing boat tour as well. I was lucky because I managed to catch the boat that was empty. When we arrived back there was a long queue of the school kids! I don’t think my boat trip would have been half as peaceful with those kids on board… 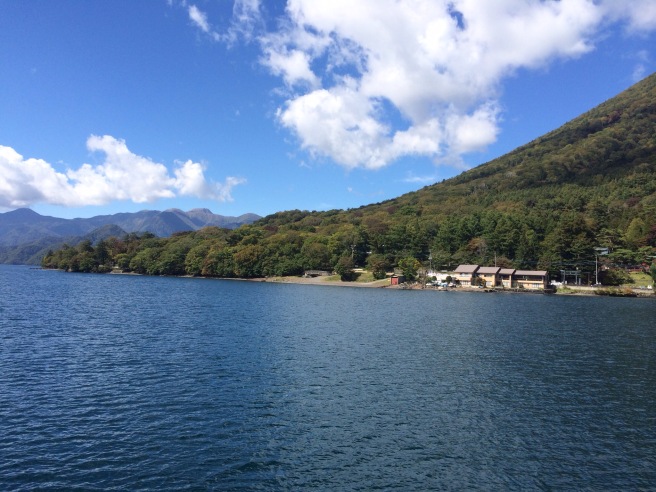 They had these fun peddle boats 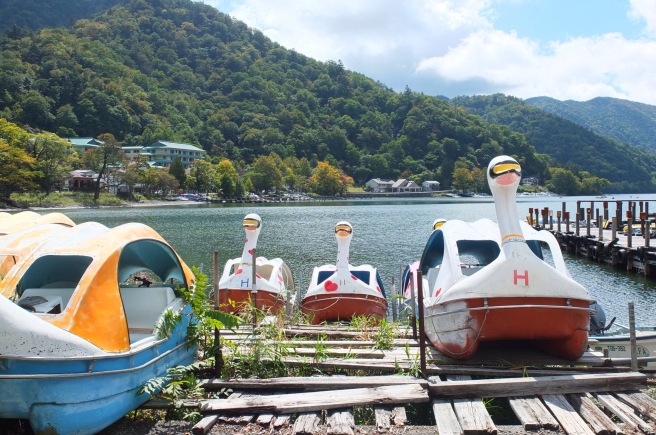 And of course there was a temple. Built around the statue of Kannon, which was carved into a tree trunk. This original tree trunk is still there.
It was interesting… But for me the main attraction was the view over the lake. 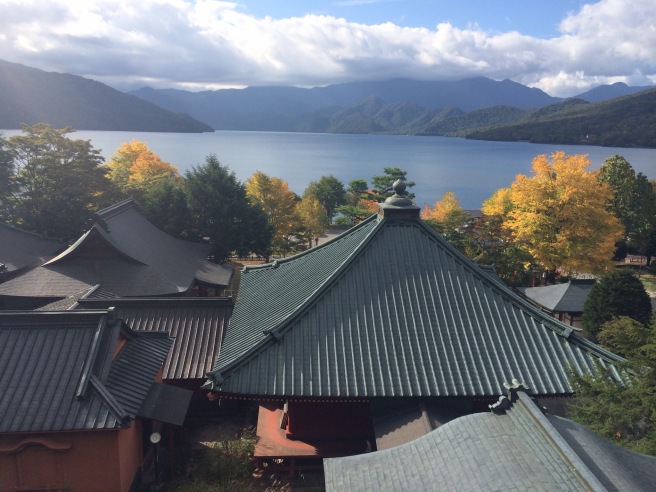 I also spotted some autumn leaves. I can only imagine how beautiful this place must be in mid October.

As I walked a bit further up the road and away from the main touristy bit, it became quite clear that the town had seen better times. There’s a lot of faded glamour of previous decades, when there must have been more money for holidaying and eating out. I actually think that these kinds of areas have their own melancholic charm. I like walking around and taking photos of old decrepit buildings.

I rounded the day off with coffee and cake at this cute cafe and enjoyed the sun for a bit longer before heading back to Nikko.