As an onsen (Japanese hot spring) fan, I took the opportunity to go on a day trip from Kagoshima to Ibusuki. Ibusuki is a small onsen town which famously offers a hot sand bath in addition to various traditional water baths.

I took the local train in the morning.

Foot bath by the train station. They mean business!

First I walked around the town a bit and along the sea side. It was empty! Nobody except me. Once again I felt like I was the only person on earth. I was starting to think that it’s me!

It was quite stormy and the sky was grey. Turns out a typhoon was approaching. So maybe it wasn’t me, maybe the other people were just more sensible and stayed at home. 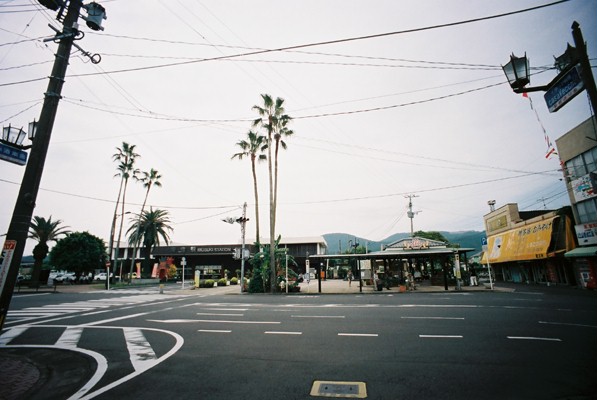 Ibusuki is a bit of a run down place, but rundown in the way that I like it for photo opportunities. 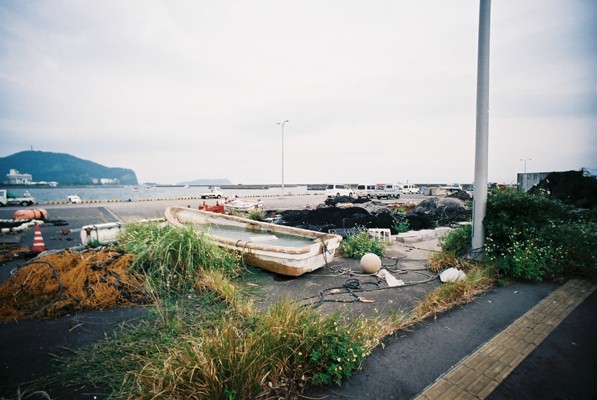 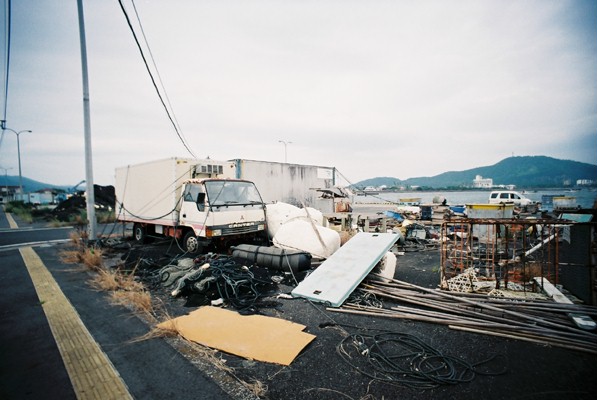 You can see how stormy it was when looking at the trees.

I was getting hungry for some lunch and after my experience in Honmura where almost all places were closed and I nearly starved, I jumped at the opportunity when I saw this pizza place.

It turned out to be more of a take away place and I was already feeling disappointed when the lady ushered me round the corner into her home which was attached to the pizza shop. Erm… Really? Is she asking me to eat in her living room??

Yes!! Well, not exactly the living room. There was a room in their house that had two tables which sat four people each. It had the usual things you expect from a Japanese restaurant: tissues on the table, wet wipes, she brought a jug of water… But still, the room also had someone’s home entertainment system. And that someone also seemed to be a musician as he had enough equipment for half a band in that room. OK, why not?

The pizza was not bad. Quite heavy, I clearly am not used to eating so much cheese anymore!

And now off to the sand bath! Basically it was like the picture on the sign shows it.

You strip off, put on a yukata (kind of like a Japanese dressing gown) and then you head down to the beach. Here are some guys on their way down. The strong wind made it a little more challenging not to expose yourself in public. Especially if the yukata is a bit small. 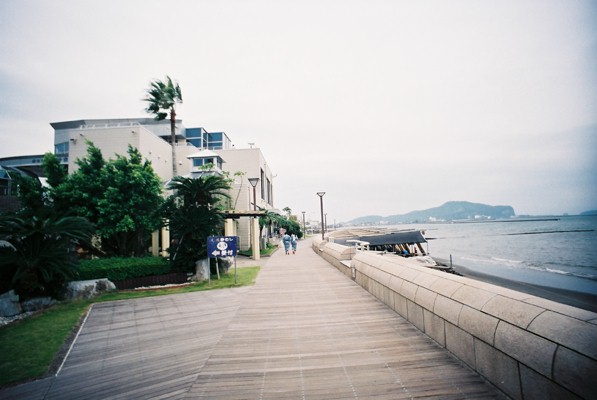 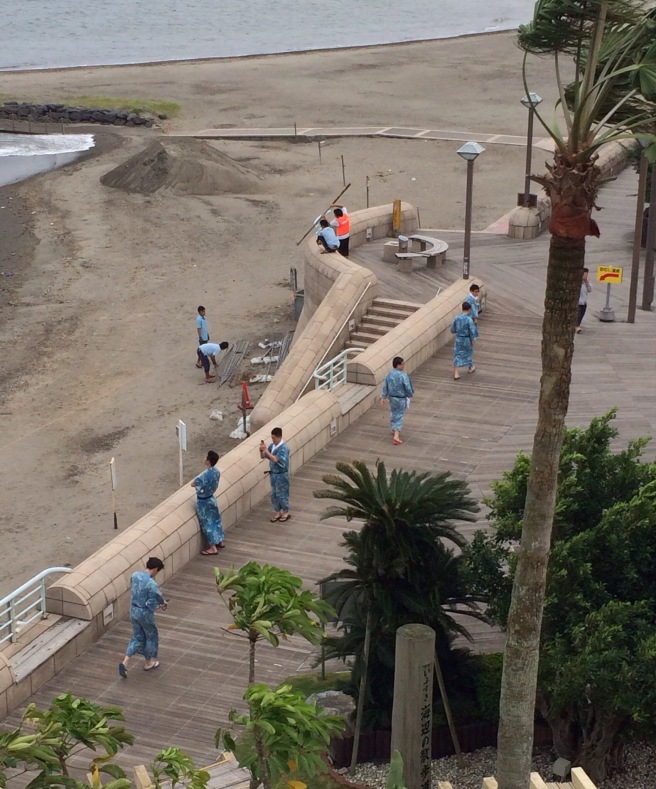 There was a special area which had a roof to shelter from the weather conditions and it had enough space for about 40 people. The staff assigned you a space. It was kind of a pre-dug shallow hole with a little pile of sand as a head rest (they had to redo mine to make it a bit longer…). You lie down with a towel around your head so as not to get all the sand in your hair and then two of the staff start shovelling sand onto you. It’s black sand and it is heated with hot onsen steam from the bottom. I was worried that it would be really hot as some of the onsen in Japan are boiling but the temperature was actually quite pleasantly warming. The only thing that I felt was a bit uncomfortable was the weight of the sand on top of me. It literally felt like I was buried alive. It wasn’t so much that you couldn’t get out yourself but it was enough to feel a bit claustrophobic.

Do you see that head in the corner under the roof? That’s someone buried in the sand. 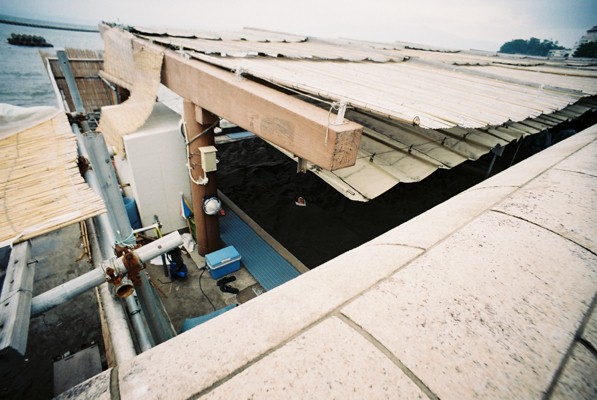 After the sand bath you go back into the main building, wash of the sand and then relax in a hot spring bath. Very nice!

Once I had finished there I decided to visit another onsen which was advertising an outdoor bath with a view of the mountains. Sounds perfect! I took the bus.

When I finally got there I was told that the onsen was closed due to the typhoon. How disappointing!! And also slightly worrying… Nobody was out and about, the onsen is closed… Should I also be staying indoors and wait for this mysterious typhoon? I walked around a bit more to look at the views.

I discovered this salt production facility. 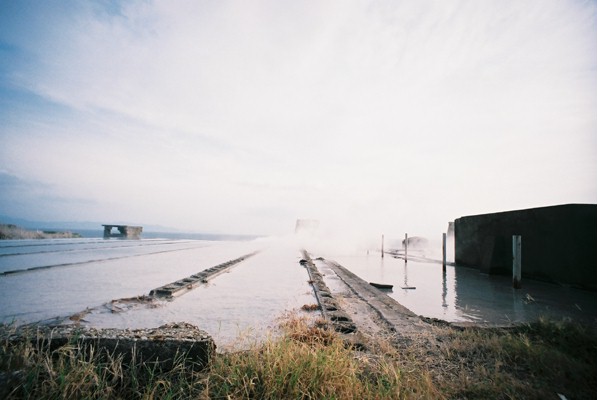 There wasn’t really much else except of course a drinks vending machine. They’re everywhere in Japan.

So I had a drink and headed back to my hotel in Kagoshima.