Last week I had the chance to borrow the LC-A 120 camera. It’s the medium format version of the LC-A, a camera that I’ve been using for years and which is probably my favourite camera!

Finally the sun came out and the sky changed its colour from grey to blue, so I was out shooting with a friend and managed to produce a few shots that I really like. END_OF_DOCUMENT_TOKEN_TO_BE_REPLACED

If Nakameguro is the Hampstead of Tokyo, then Shimokitazawa is the Shoreditch of Tokyo. If you’re not familiar with these areas of London (and Tokyo, respectively), then read my blog post about Nakameguro and I’ll try to describe Shimokitazawa: it’s trendy, full of vintage shops and cafes, lots of young and fashion conscious people, it has a laid back atmosphere and is really great to hang around in. I think, if I lived in Tokyo, I would probably try to get a flat near this area.

END_OF_DOCUMENT_TOKEN_TO_BE_REPLACED

The wholesale fish market was definitely an amazing experience. It was super busy with people on little vehicles driving up and down, empty Styrofoam boxes being thrown around, water and melted ice everywhere. People chopping up fish and sweeping up fish remains and pouring buckets of water and ice into bigger buckets of water and ice… A dangerous place for a tourist who doesn’t want to get wet and smell of fish all day!

When I asked him if I could take a photo, he pulled this funny face.

Judging by the pool of blood on his work counter, you can guess what’s coming next…

A lot of the bigger fish vendors had these lovely ladies sitting in a little box office. While the people handling the fish were all men, the people in the boxes who counted the money were women. That’s how it should be!

I was a bit later than I probably should have been, so people were just finishing their cleaning and most of the fish was already sold.

There were so, so many of these vehicles whizzing around. It was really dangerous! They didn’t have any consideration for tourists…

This was a mini shop that was just outside the big wholesale market. I assume this is where the fishermen buy their newspapers and drinks after a hard morning’s work.

This guy was chopping off fish heads the whole time and then threw them into that blue basket in the foreground. You didn’t want to stand too close because there was a lot of splatter when the heads landed in the basket.

This guy is enjoying a cigarette and a rest after work.

I just got back from a weekend of camping at the End of the Road Festival in Larmer Tree Gardens in South Wiltshire in England (kind of where Stonehenge is).

It was probably one of the best festivals I’ve ever been to! It was very friendly, with great music, some art installations, comedy, films and a lot of different food options. No crazy teenagers getting wasted, no overflowing toilets (sorry for the graphic description but I’ve seen it all!), no camping on top of each other.

It was relaxing and a lot of fun! Here are some photos of the weekend.

END_OF_DOCUMENT_TOKEN_TO_BE_REPLACED

I’ve been shooting Lomo photos for a few years and wanted to show some of them on my blog.

Check out my Lomo gallery page

But what is Lomo? Lomo is short for Lomography which was dreamt up by some guys in Austria 30 years ago. They became obsessed with the LOMO LC-A Compact Automat camera, produced by a manufacturer in St Petersburg. This camera creates some unique effects and high contrast colours. The Austrian guys founded the Lomography company and became sole distributors of this camera. 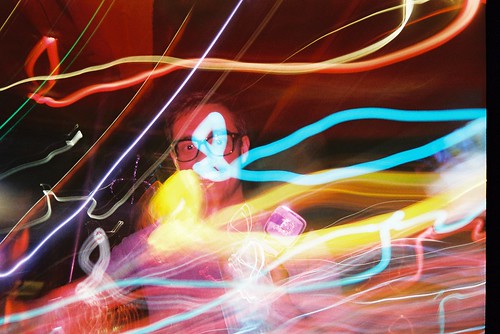 These days it is manufactured in China but it is still a great little point and shoot camera. The Lomography company has created dozens more cameras, ranging from cheap toy cameras to more expensive and more reliable cameras. All cameras are analog cameras. A big part of the philosophy is to connect people – through their online community, through workshops and parties in their stores worldwide.

I personally met some great friends in London through this community and also learnt a lot about photography. By now I have acquired a reasonable vintage and toy camera collection and have learnt how to develop my own photos. 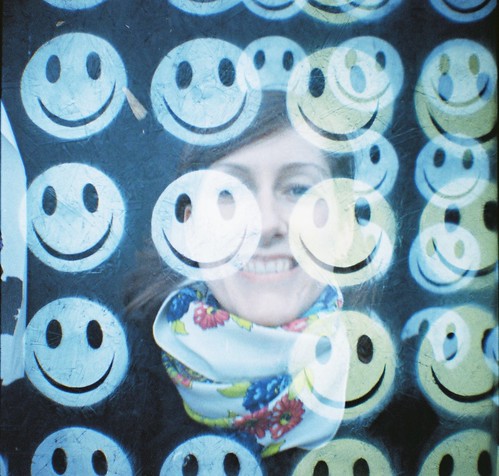 All photos shot by me using a Sprocket Rocket, Colorsplash camera and Diana Mini. These are all Lomography cameras.

Taking the ferry in Bangkok.
The Grand Palace. Just me and half of China came to visit on that morning... 😂
Taxis are cheap. But it takes a long time to get anywhere 😫
Very busy shrine in the midst of very busy traffic.